Gary Delo, Head of Residence at HM Prison Elmley has just place an order for wall plaques from Rowan Displays. About 3 years ago he ordered wall plaques for HM  Prison Swaleside, and we are so pleased that he remembered us when he needed plaques in his new post. 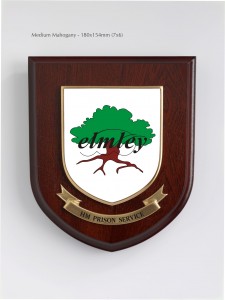 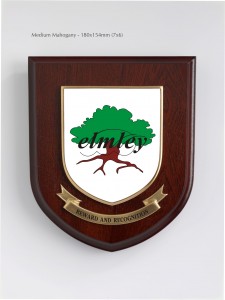 These are the plaques supplied to Elmley and the feedback was “thrilled” – so are we.

We have supplied other plaques to HM Prison Services, and we hope that they will all be as pleased with the high standards we continually strive to achieve.

Our plaques can be supplied in various wood shades, with or without presentation boxes and prop stands.

If your organization needs high quality, distinctive plaques for presentations and awards – we’d love to help.

Posted in Service and Award Plaques

Universities in the UK

As everyone returns for the start of another academic year we thought we’d take some time to look at the Universities of the United Kingdom.

Higher education in the UK has grown massively in the last 20 years, and is now almost mandatory for most students. This is a far cry from the elitist status enjoyed by universities for centuries. The development of Universities in the UK as we know them occurred in four “tiers”

The first were the original or “Ancient Universities” of the UK. These are some of the oldest universities in the world and include:

Later in the 19th century the “red brick” universities were founded – these included: 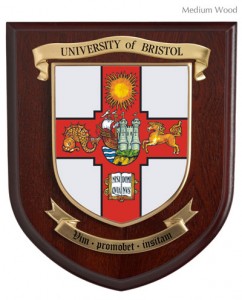 A number of colleges were granted Royal Charter during the 1960’s and these are loosely referred to as “plate glass universities”.

Even those who never attended university can’t help but feel proud of the tradition and the standards set by our universities – long may they continue to stand as a symbol of quality education.

Have a look at some of our blog posts on the history of the coats of arms of some of these universities, and visit our Universities page to find out more about getting your university coat of arms